Become a Partner
Schedule a Demo

Interested in promoting our services to your customers? We specialize in recruiting, onboarding and background screening technology.We also provide customer support for all of our products.

Include TopDogHR in your consultative offering.

Easily integrate your software with us!

Resell our software and services to your clients.

Get things done quickly and efficiently.

You'll love our approach to a successful partnership.

Learn more about the benefits of our strategic partnership program. 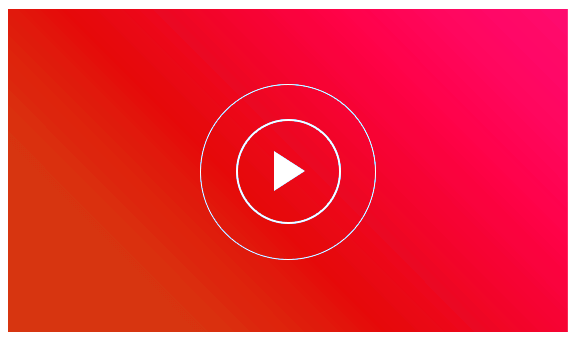 Track your applicants thru the entire hiring process. Seamless collaboration between all of the hiring decision makers

Automate data collection of resumes, cover letters, and applications and also outbound responses to the applicants

Effortlessly onboard applicants from job posting thru the entire hiring process

Create and customize every job opportunity with our form builder.

Tag applicants to easily sort, filter and search based on your specified criteria.

Import any resume submitted via PDFs, Doc or any other file.

Create custom offer letters and automatically send them out to applicants.

Assign the corresponding roles to hiring managers, managers and others at your organization.

Receive updates and notifications directly into your #slack channels.

TopDogHR is a national full service HR technology company headquartered in Bonita Springs, FL. We are a Florida Corporation that was established in 2015. The CEO of the company is Lauren Meehan.

The objective is to establish channel partners in specific industry vertical markets.

We offer a turn-key cloud based software solution platform. We pay a generous revenue share of up to 50%! You also have the option to forfeit the revenue share for a reduced product price point for your customers or members. We manage compliance, liability, invoicing, customer care, and fulfillment of products and services. We provide full marketing collateral such as: marketing videos, digital/print ads, press releases, email marketing. Our system can integrate with various platforms via an open API. There are no costs or setup fees to take advantage of this offering.

Here are the steps we take to ensure the customer's expectations are exceeded every time.

1
We create a marketing landing
page for your customer.

2
We setup a call with your customer to demo the software solution.

3
We create a branded
career site.

4
We collaborate with the customer via email and phone call to arrange for training.

Providing peace of mind to our clients.

System infrastructure is constantly scanned and access is audited and recorded 24 hours a day, 365 days a year.

In accordance with screening industry best practices, every application server and data server is separate and independently protected making it the most security sensitive platform available.

Every user’s permissions level is designated by the system administrator, ensuring access to sensitive data is only available to trusted users.

Our system has fail-safe redundancies via multiple independent servers that ensure your data is always protected and available regardless of outages or interruptions.

Every transaction and communication is automatically encrypted and performed in our secure environment that safeguards against any potential threat.

Our system requires every user, client, and applicant to prove their identity beyond that of just a password and username, providing an extra layer of protection.

Learn more about each of the background screening products and services.

This report is the foundation of criminal history research as it is used as a indicator to select court jurisdictions that should be researched for criminal records.

Some candidates may be less than truthful about their employment history. Internal research shows this to be the number one discrepancy on resumes and job applications. Our background specialists will verify the information provided on your applicant’s resume and/or job application.

Reviewing an applicant’s Motor Vehicle Record is an important search for those required to operate a company or personal vehicle for business purposes. Records highlight driving history over the past 3-7 years and are available in all 50 states and Washington DC. Reports include all personal identifiers as well as offenses and citations. Commercial Driving Records allow employers and their agents to comply with FMCSA requirements by searching within the “Commercial Driver’s License Information System” for any prior licenses, current CDL and up to three prior licenses held by the individual.

This is a database composed of criminal records purchased from private data sources and other criminal record sources. Although it is often sold as a “nationwide” search, it is not. This search is only useful for identifying potential cases related to the applicant. If records are found with this database, we will verify the case at the county level to confirm the details of the records, as required by the Fair Credit Reporting Act.

Currently, there is direct access to state repositories in 43 states. Statewide databases cast a wider net on determining if your candidate has a criminal record, but users are encouraged to use this search as a complement to a 7 year county search. For state’s that do not allow for direct access, users should consider the National Criminal Database Search as a complement to county research.

County Criminal Records Searches are available in each county throughout the United States and are conducted in superior courts, upper courts, lower courts, and/or municipal court records as publicly available. These searches are used to determine if an applicant/employee has a felony, misdemeanor and in some instances, an infraction filing within the last seven years or longer if the record includes a legally reportable conviction. Completed reports consist of only legally reportable information; typically including:

There are 94 federal judicial districts throughout the country, including at least one district in each state, the District of Columbia and Puerto Rico. Three territories of the United States — the Virgin Islands, Guam, and the Northern Mariana Islands — have district courts that hear federal cases. Federal criminal convictions do not appear in state or county felony and misdemeanor court record searches, therefore a federal district search is imperative if such records are needed. Each state is comprised of federal districts.

This check is used to determine any civil actions filed against the subject. Civil records are obtained from the county courthouses by our network of professional court researchers. Records include the following information:

The Global Homeland Security Check is an instant, inexpensive tool that mitigates foreseeable risk to your customers, employees and physical assets. It cross references your applicant’s name against over 130 worldwide known terrorist and fugitive databases that include individuals, organizations and companies considered to be a threat to global and national security. Our database is updated daily as the various lists are modified. This service is a valuable tool to ensure compliance with the USA Patriot Act. The following data sources are searched:

According to the U.S. Department of Homeland Security, the following industries are considered to be those most targeted by terrorists. This search is a must for those in these industries:

Program One is a urine drug screen that can test for 5, 9, or 10 panels (drugs). Regardless of the number of drugs you want tested, the price remains the same. Included in the test is collection using our patient service centers, legal confirmation at our certified labs, and chain of custody forms. An adulterants check, which tests for substances people ingest to mask the presence of drugs in their system, is also included at no additional charge. Program One (5-panel) can be used for Department of Transportation testing with the addition of our MRO Service on all of your results.